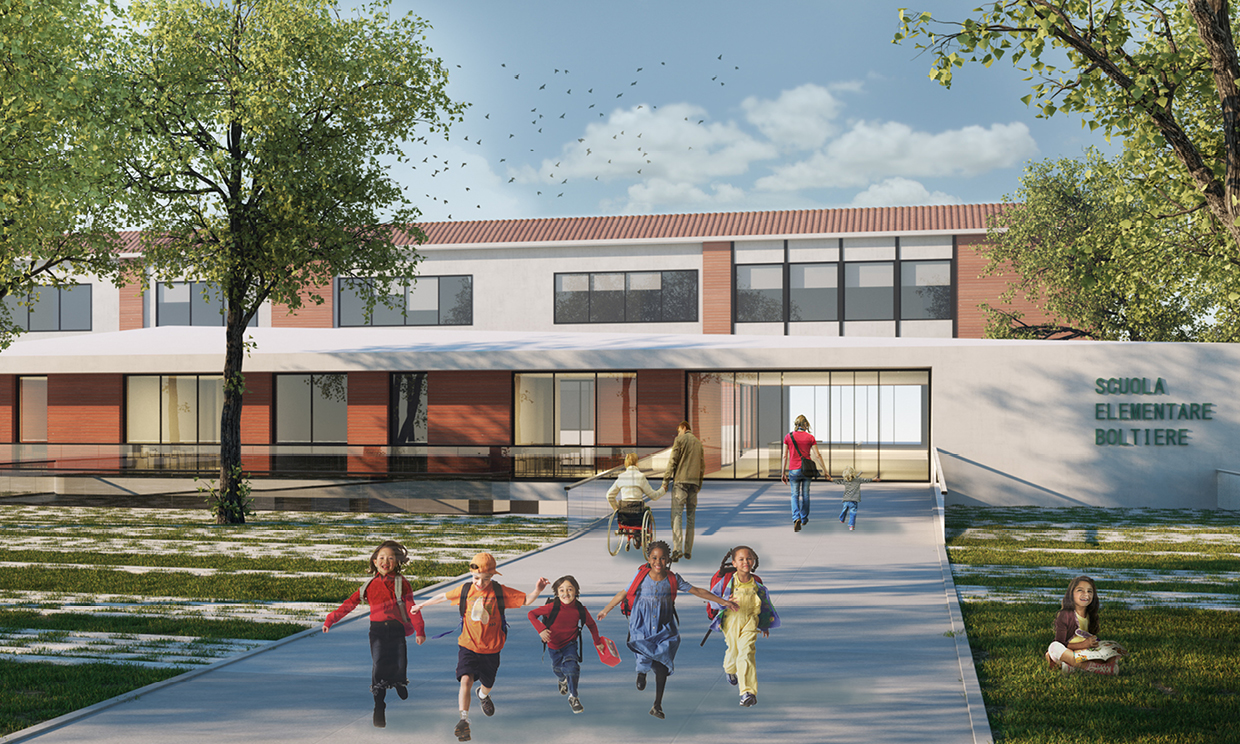 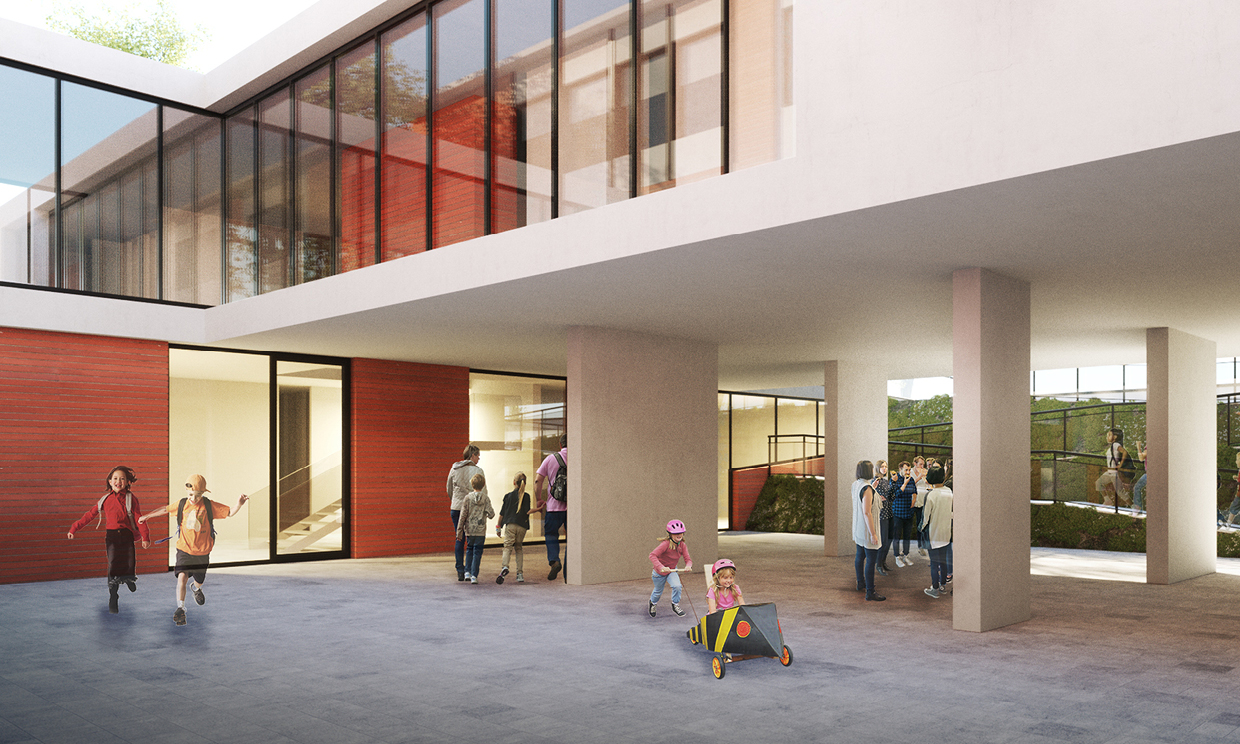 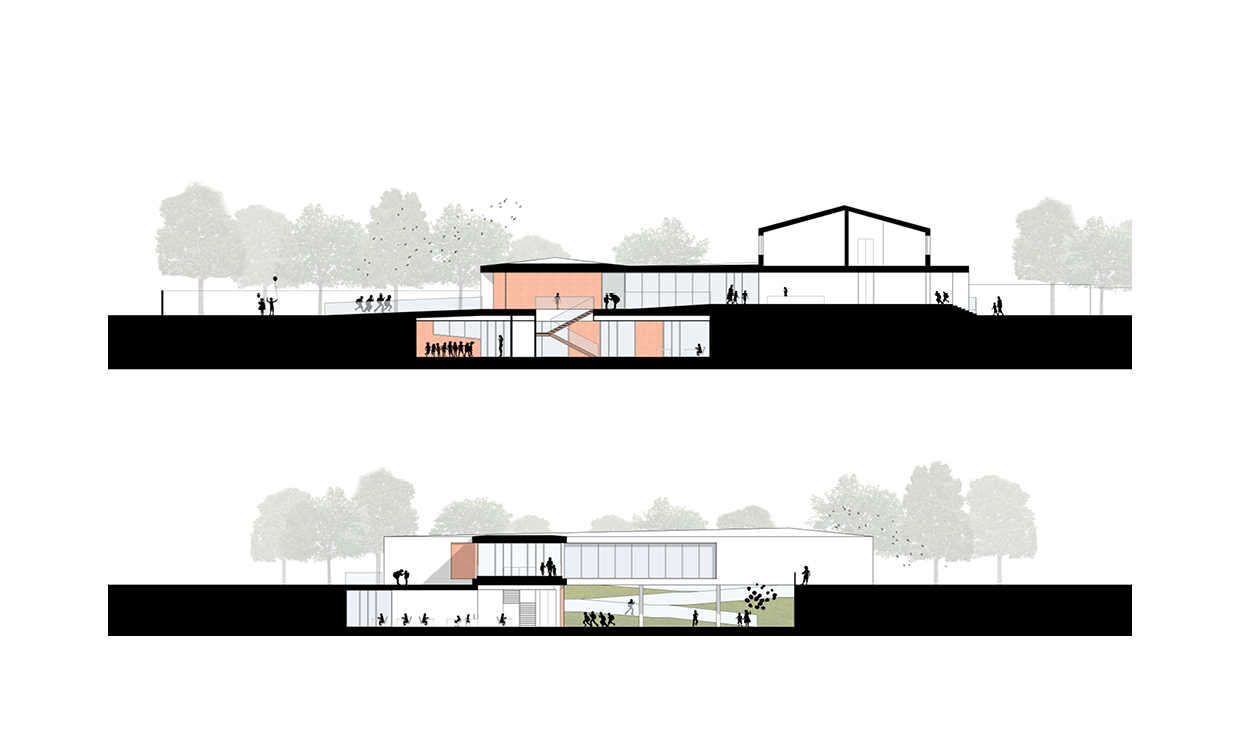 The proposed project for the expansion of the Boltiere primary school stems from the intention to expand the school through a new building to be integrated with the pre-existing one, to qualify the entire school complex and equip it with new spaces and functions, becoming a reference point for the city, going beyond the mere school function.
The architectural language derives from the idea of an urban place, or a “cultural aggregation center for the territory” of which the entrance hall, the multipurpose room and the hypogean square proposed are the founding and generating elements of the relationship between the volumes built and the surrounding urban fabric.