International Design Competition for the regeneration of the urban landscape, strategic intersection of the city of Taranto

Taranto Urban Oasis and Taranto Social Market are the keywords of the first place project that aims to an ecologic, sustainable and economic revolution for the area of the city next to the railway station and for the waterfront that looks out to Mar Piccolo (Little Sea).  A great regeneration project for one of the Europe’s most polluted urban areas as a model for future Taranto. Through this line guides and the sustainable twist of the urban waterfronts to establish a new relationship with the sea, the area of Porta Napoli in Taranto aims to become a model for urban regeneration, to transform industrial districts into sustainable and attractive cities to work and to inhabit.

The area of Porta Napoli, which includes the railway station, represents in all its parts the crisis of the productive and settlement system that produced, time after time, urban and socioeconomic decline for the city of Taranto. The idea for the project came as a response to the necessary environmental restoration and to the management of the landscape, contributing to the ecologic connectivity and addressing strategies for the preservation and the sustainable use. 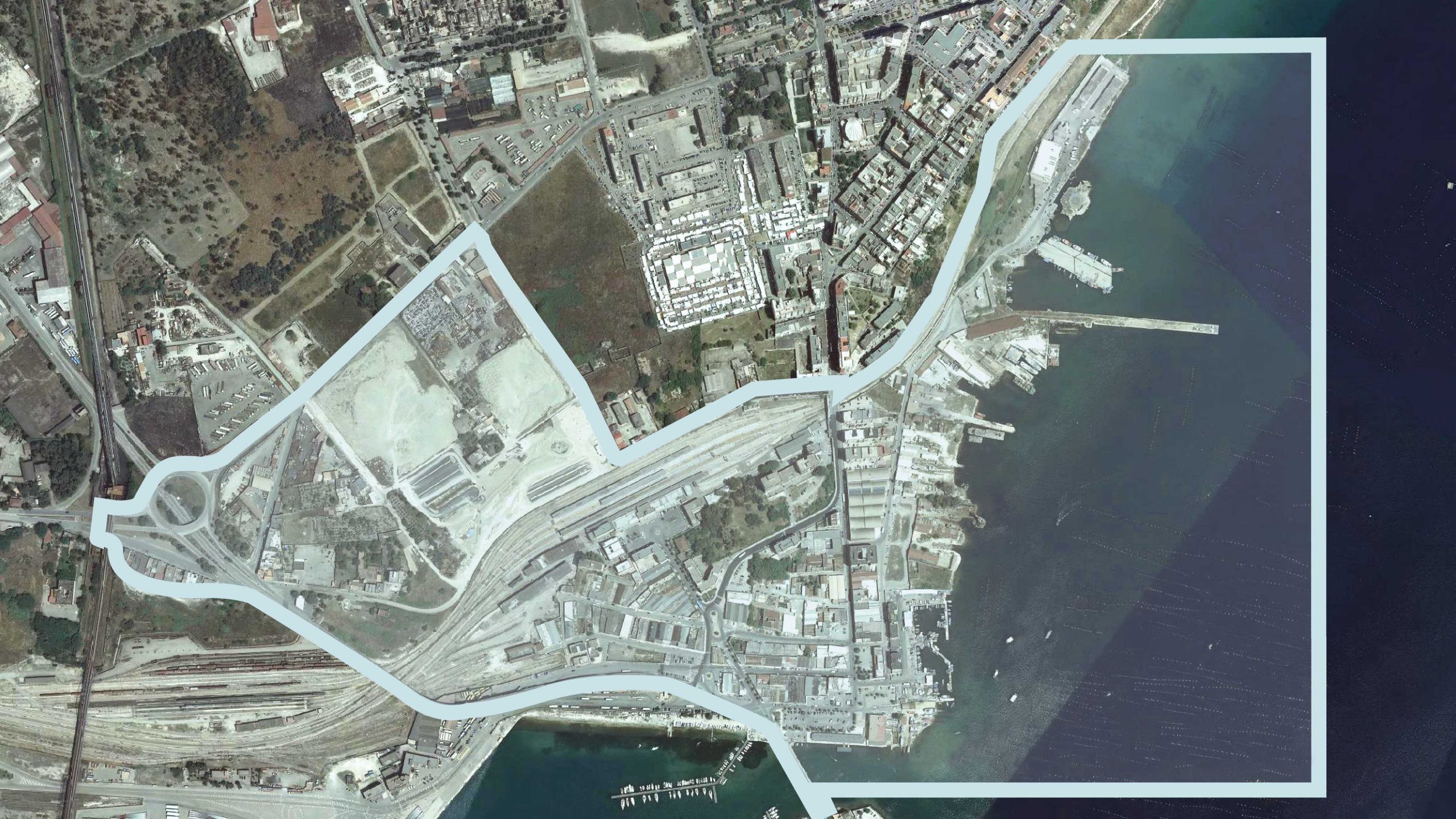 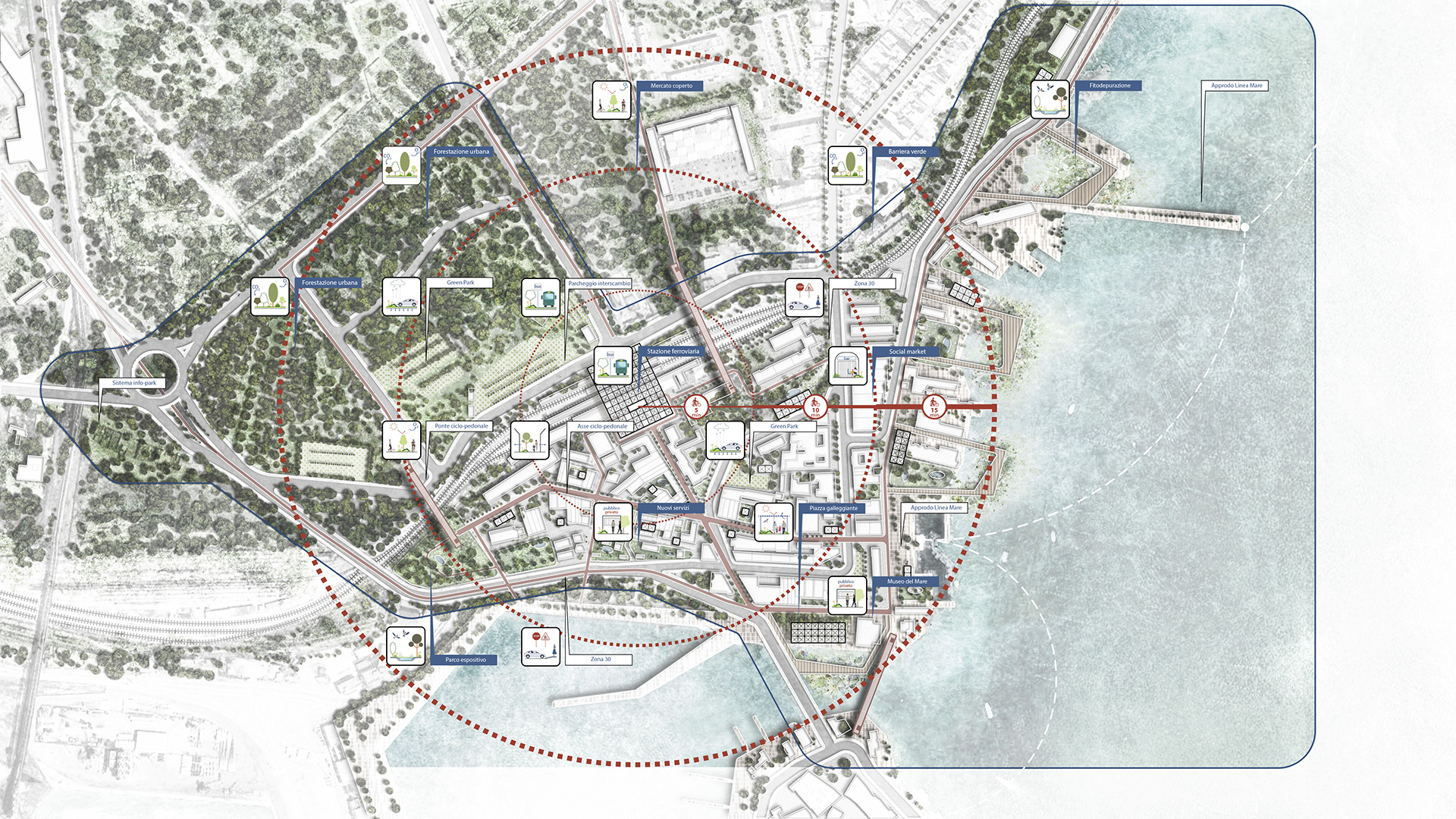 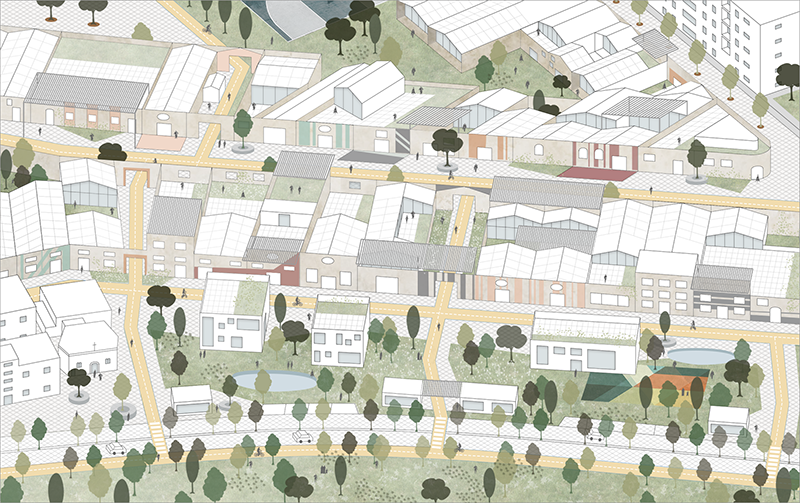 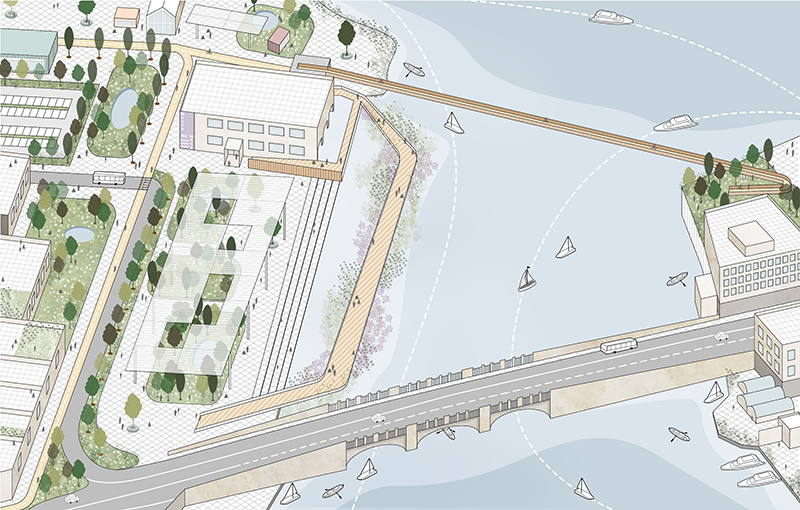 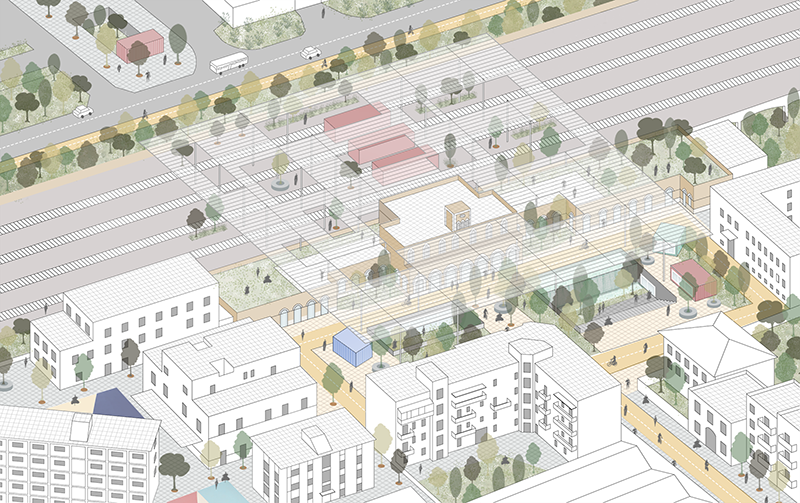 The railway station and the square in front of it, become a sustainable place to be, where the urban oasis welcomes citizen and tourists: a shaded green place that includes facilities and areas for leisure and that communicates, through banner and informative supports, events and activities in the city.

The design proposal involves a series of functions that aims to preserve the sustainability of the urban context and the economic reactivation for the creation of new professional and job opportunities. 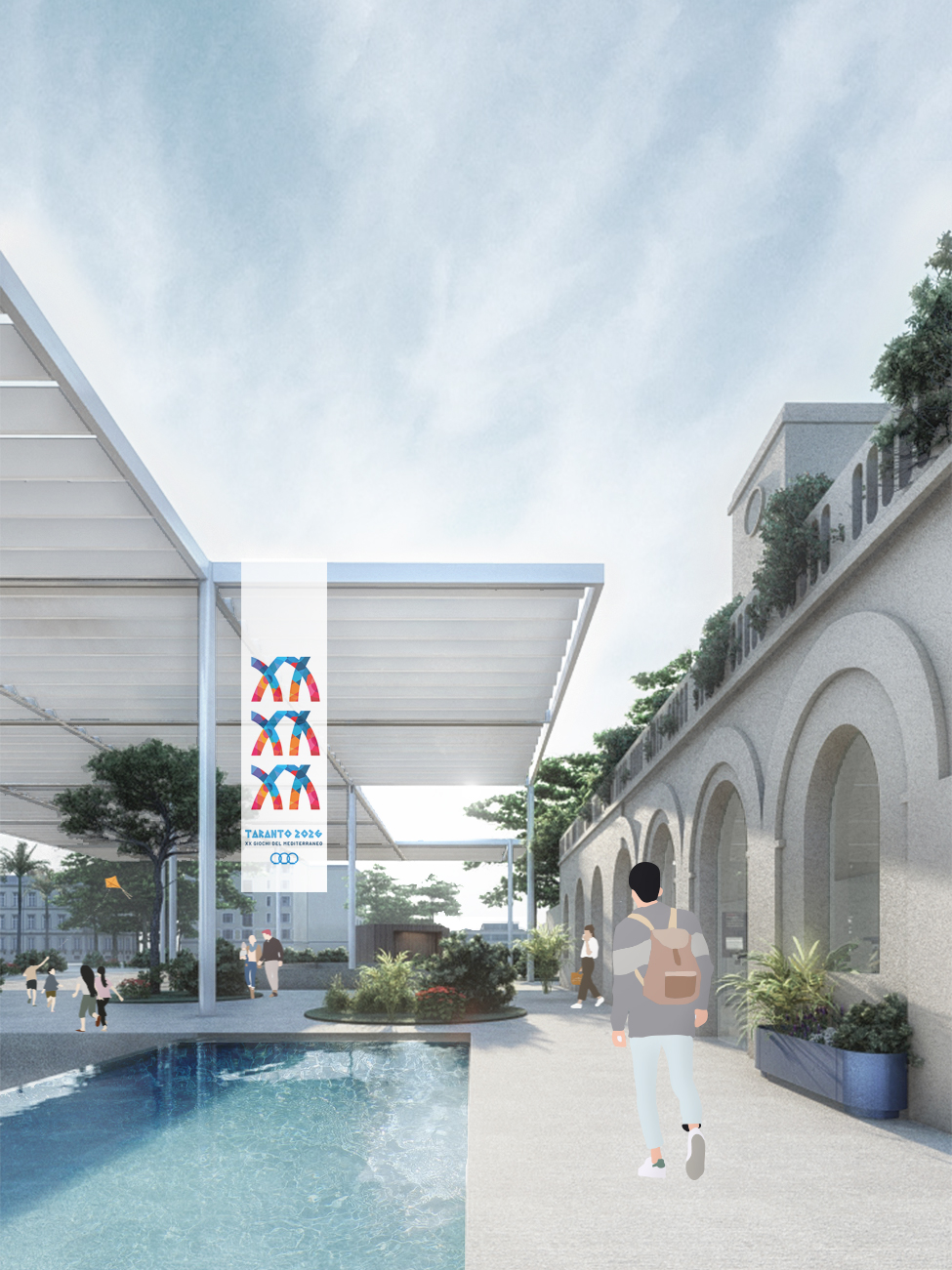 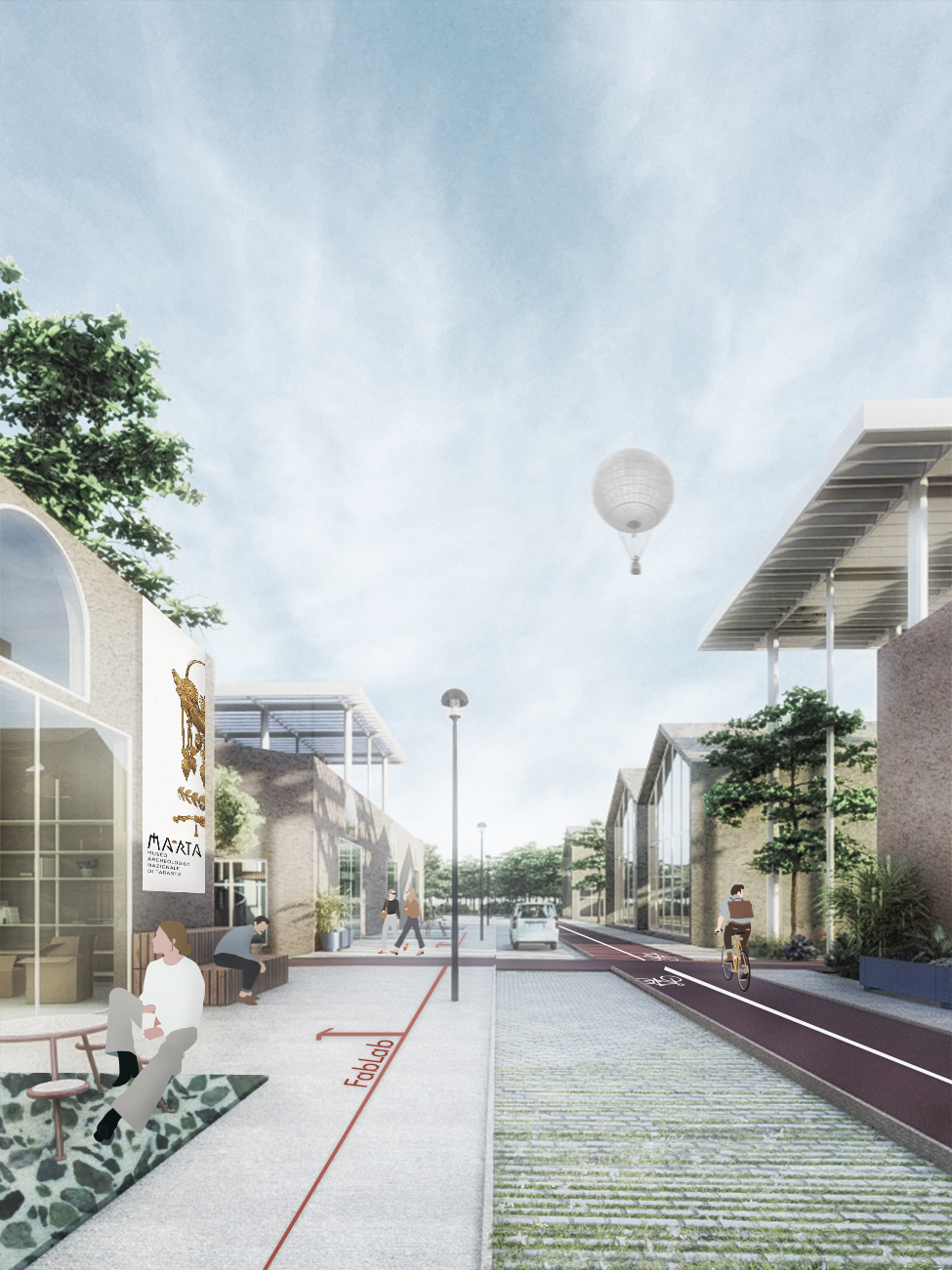 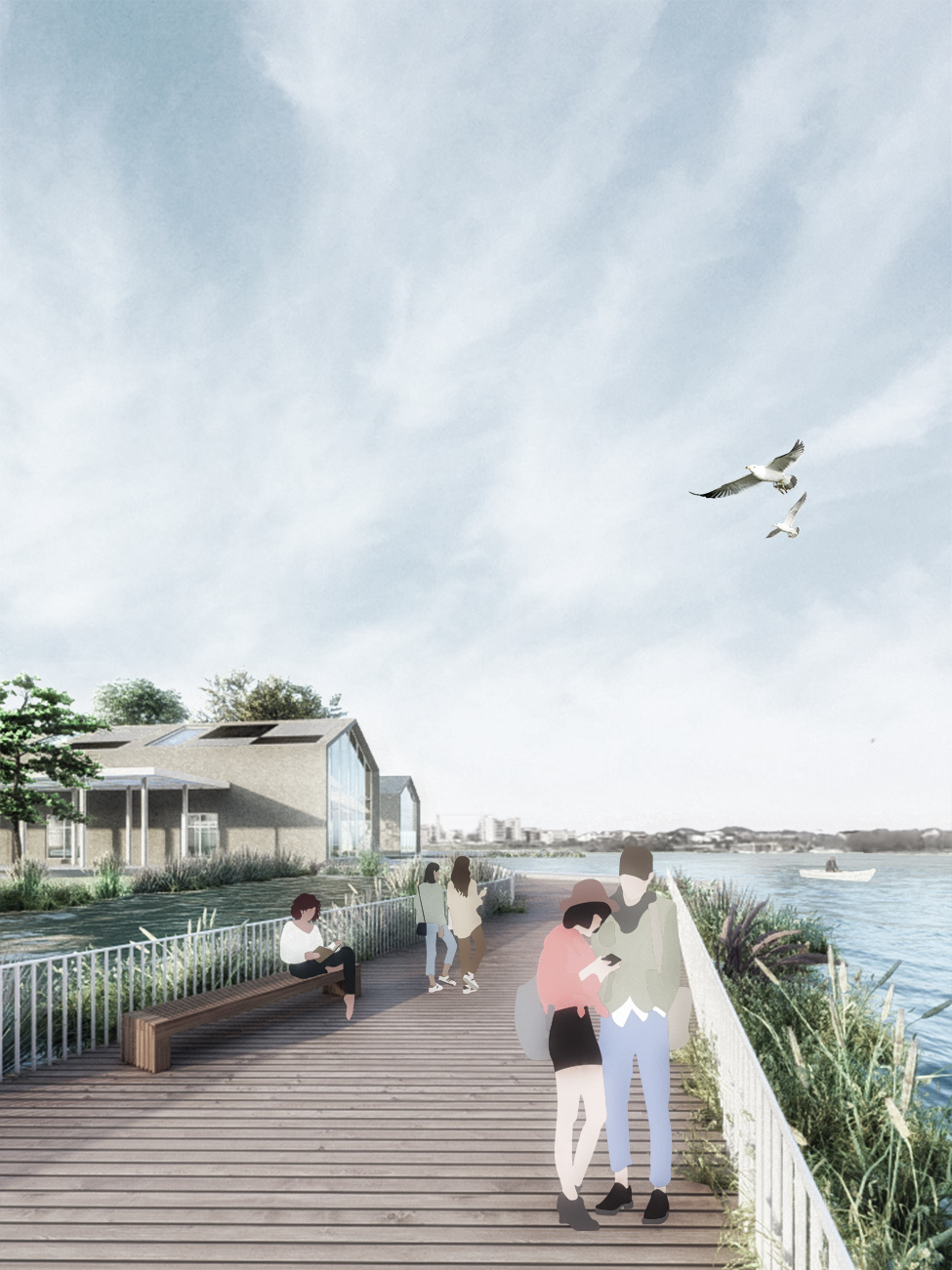 «It is a very important project for our team because the mai guide lines for the regeneration and the valorization of the area of Porta Napoli match and summarise the themes developed and explored through the year about urban regeneration, community hub and social innovation»