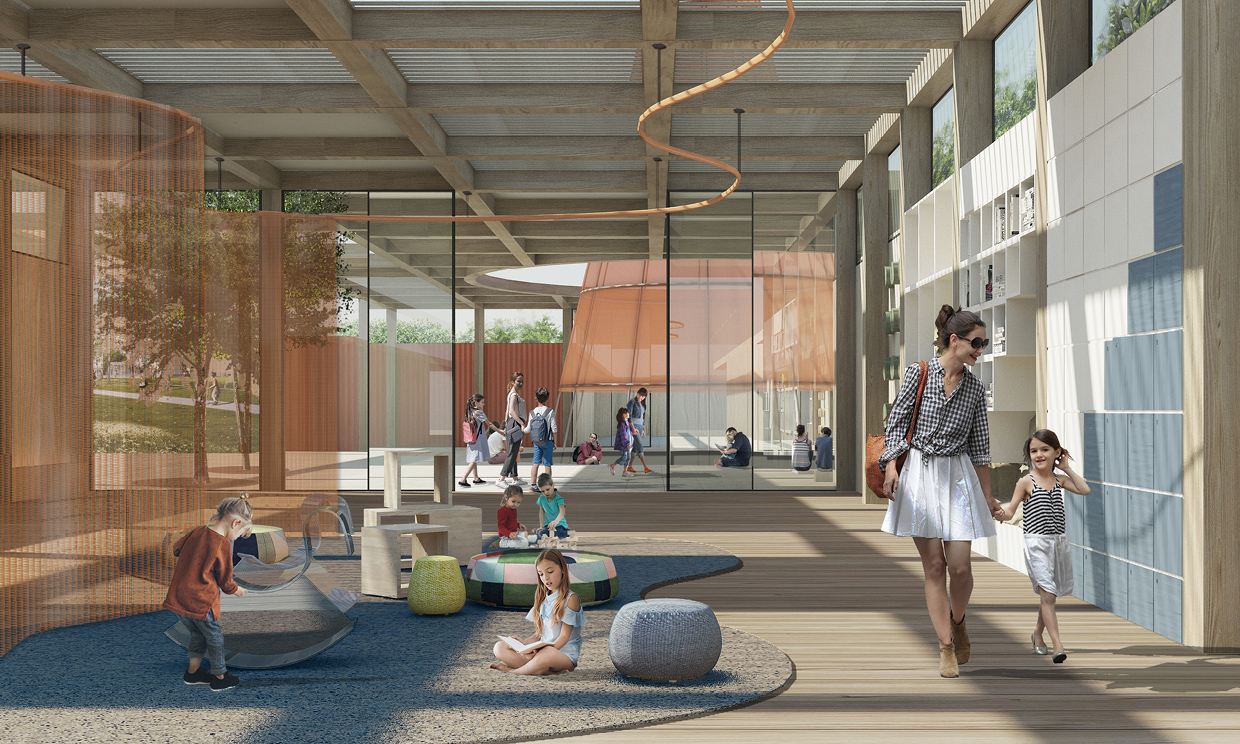 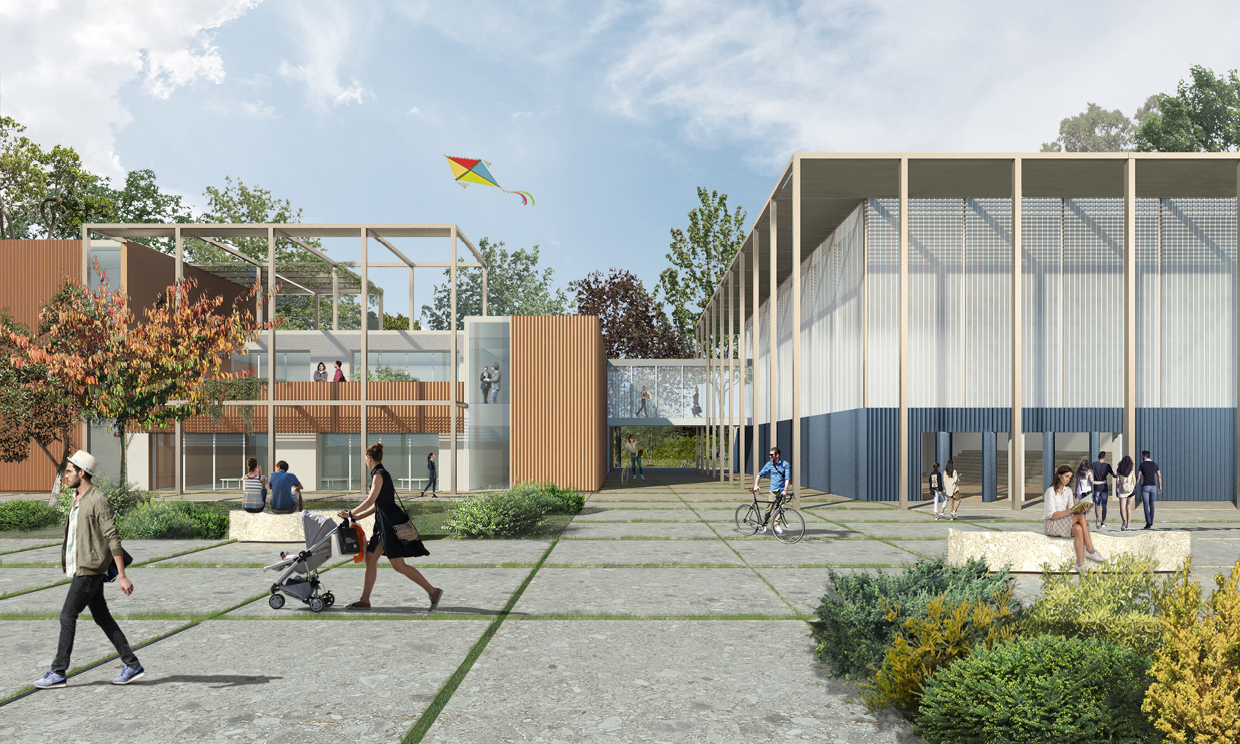 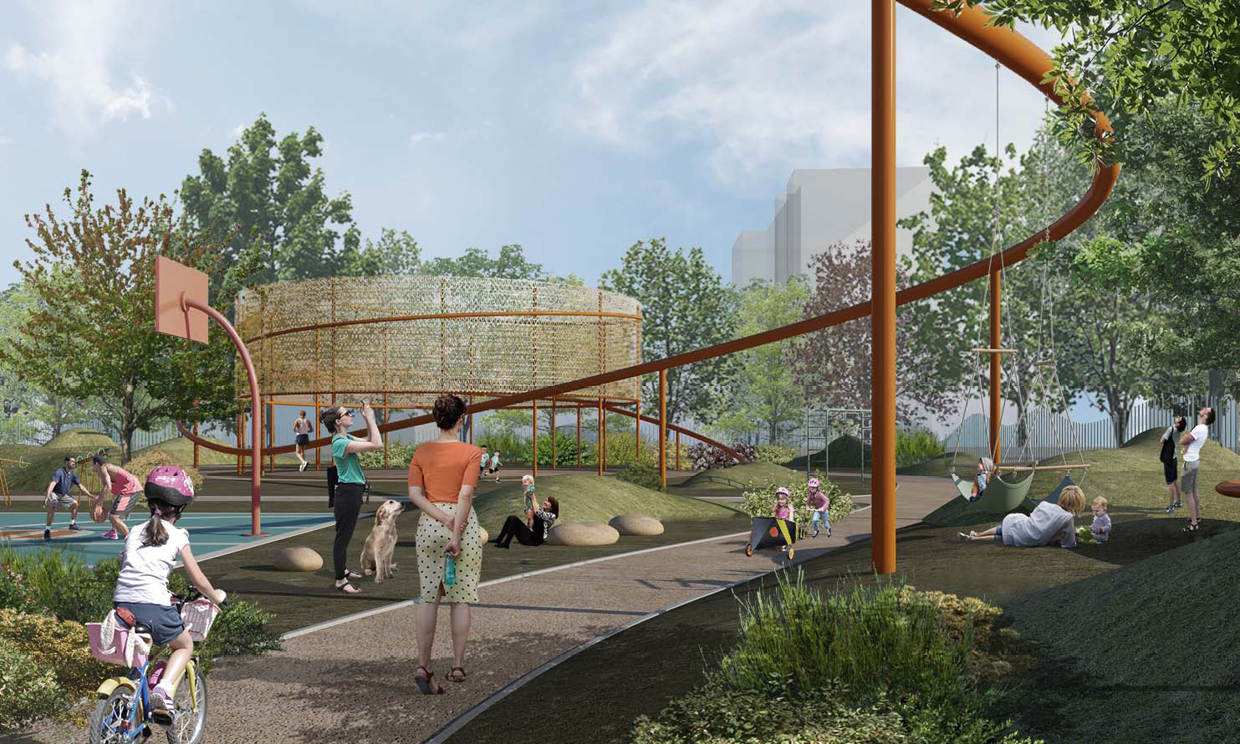 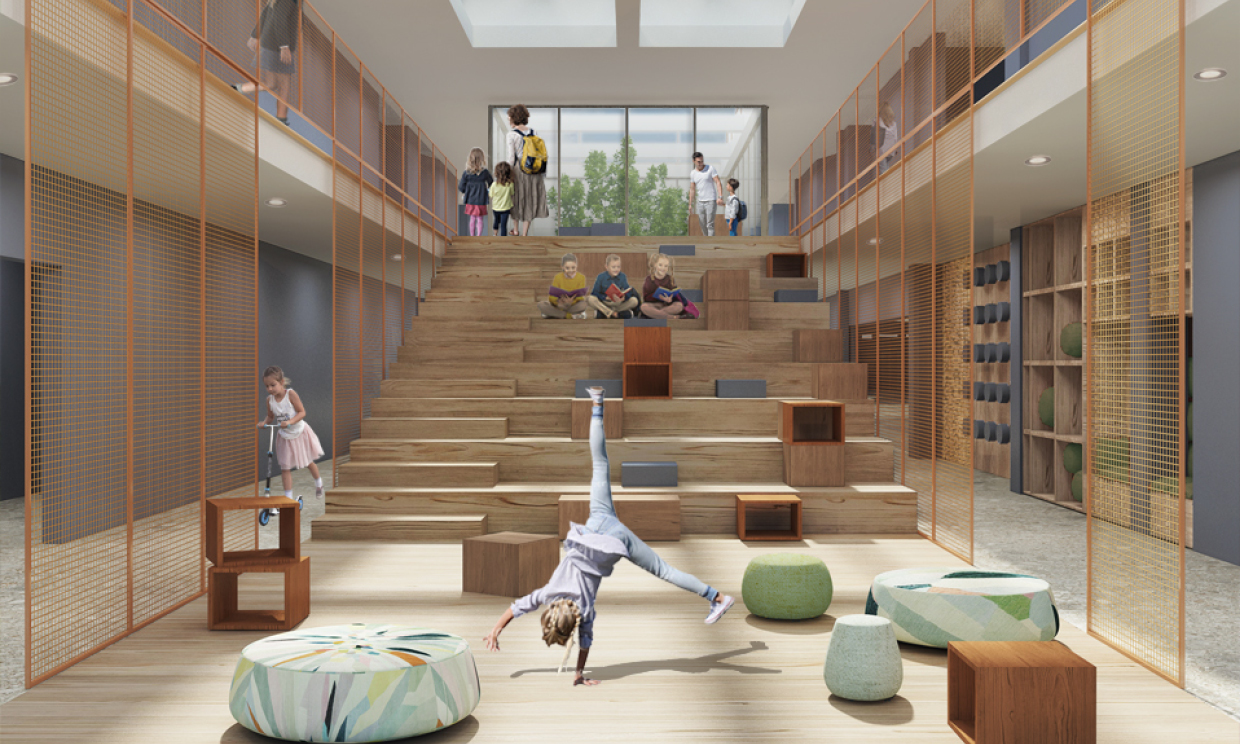 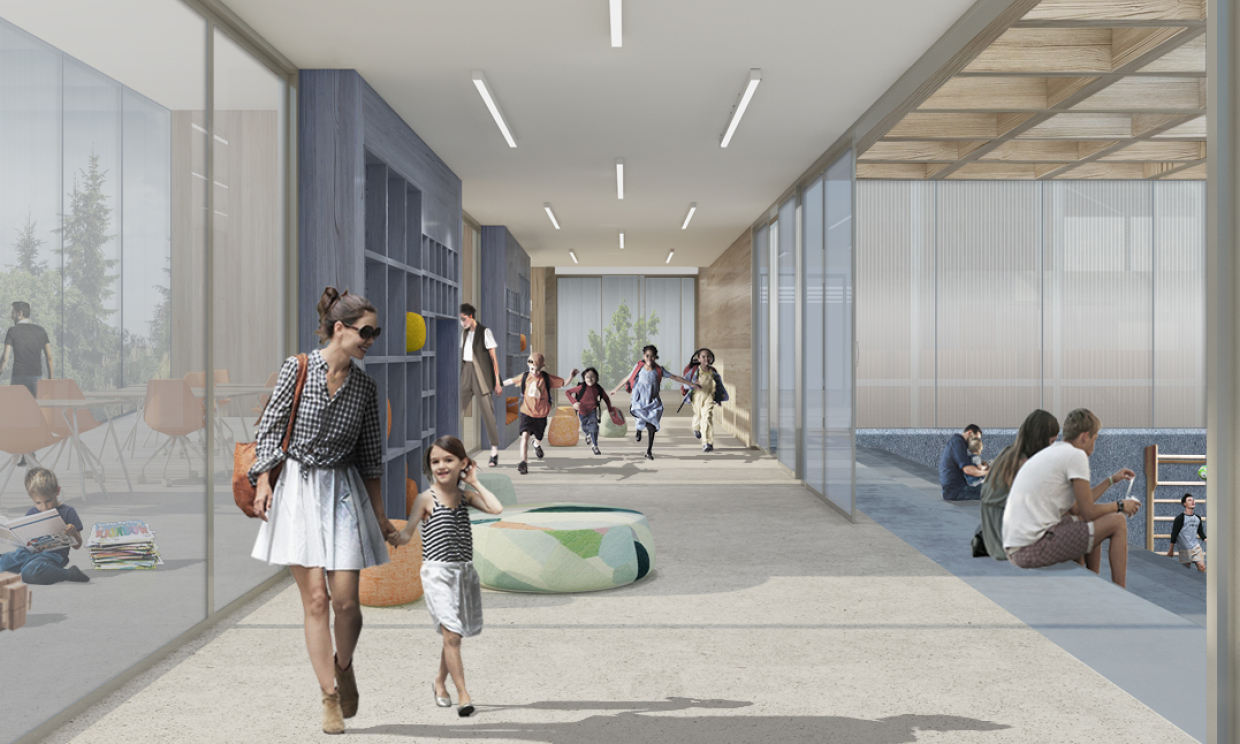 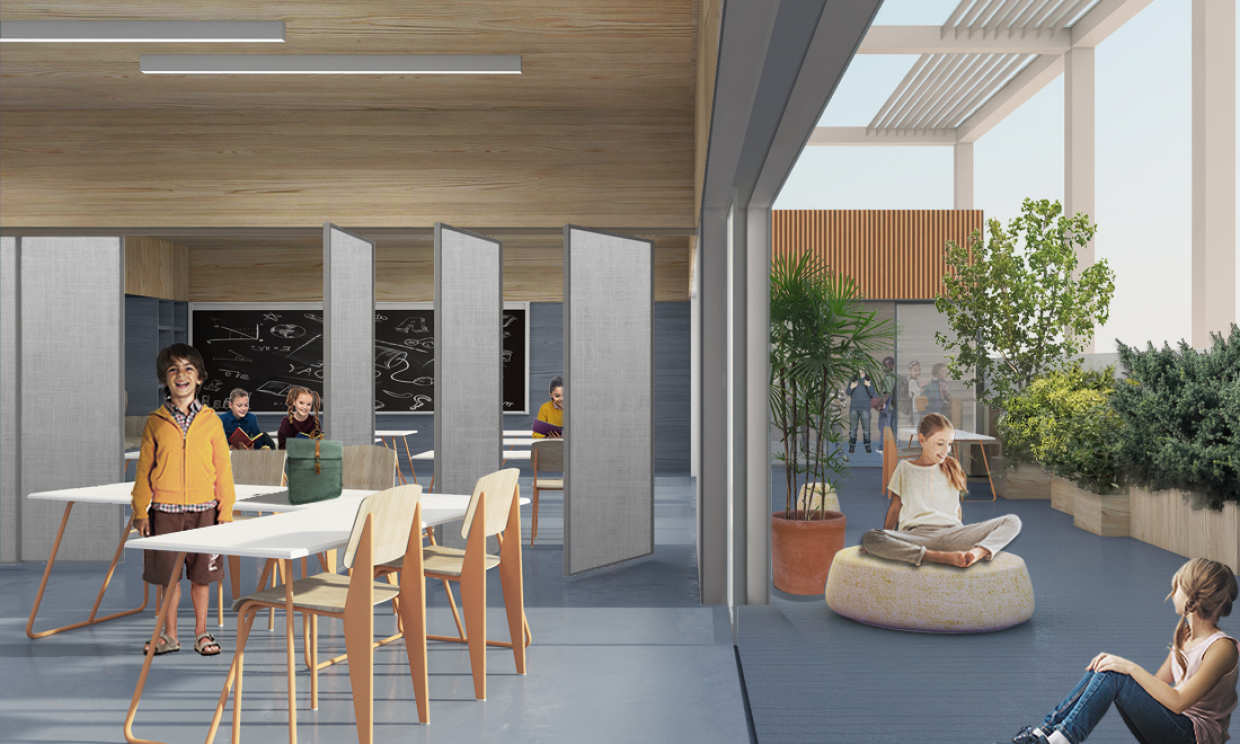 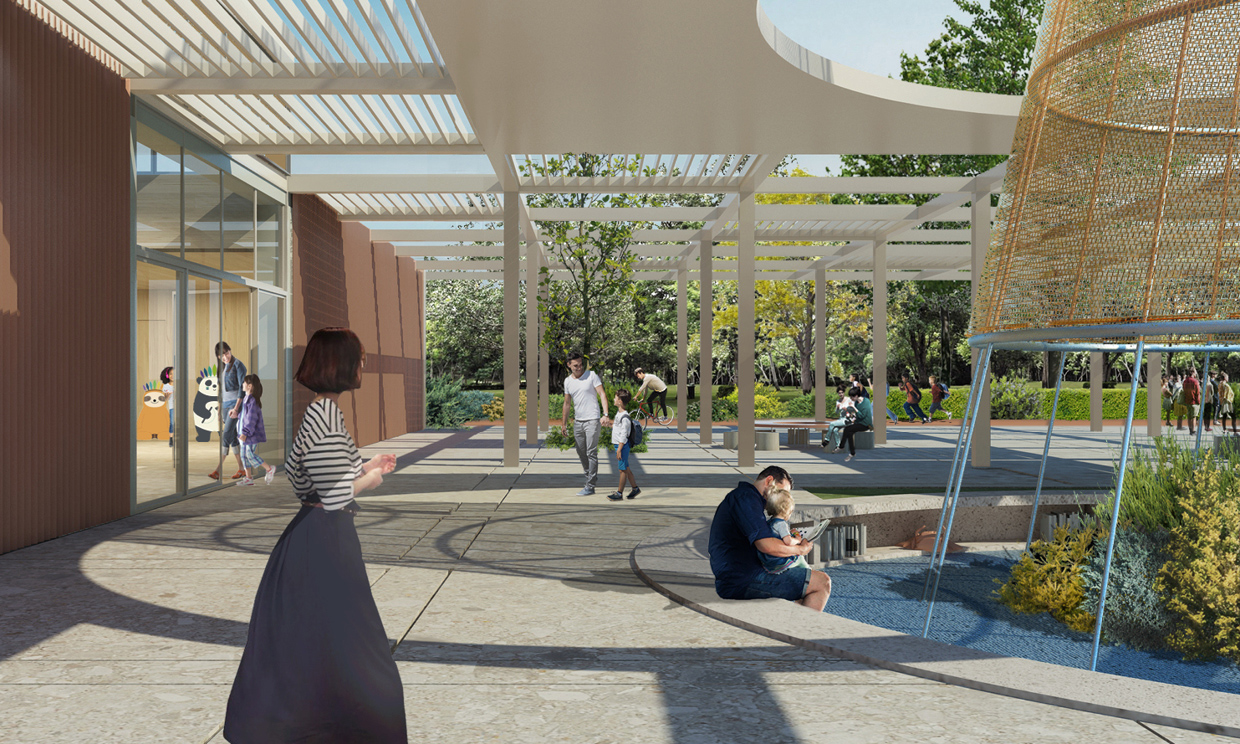 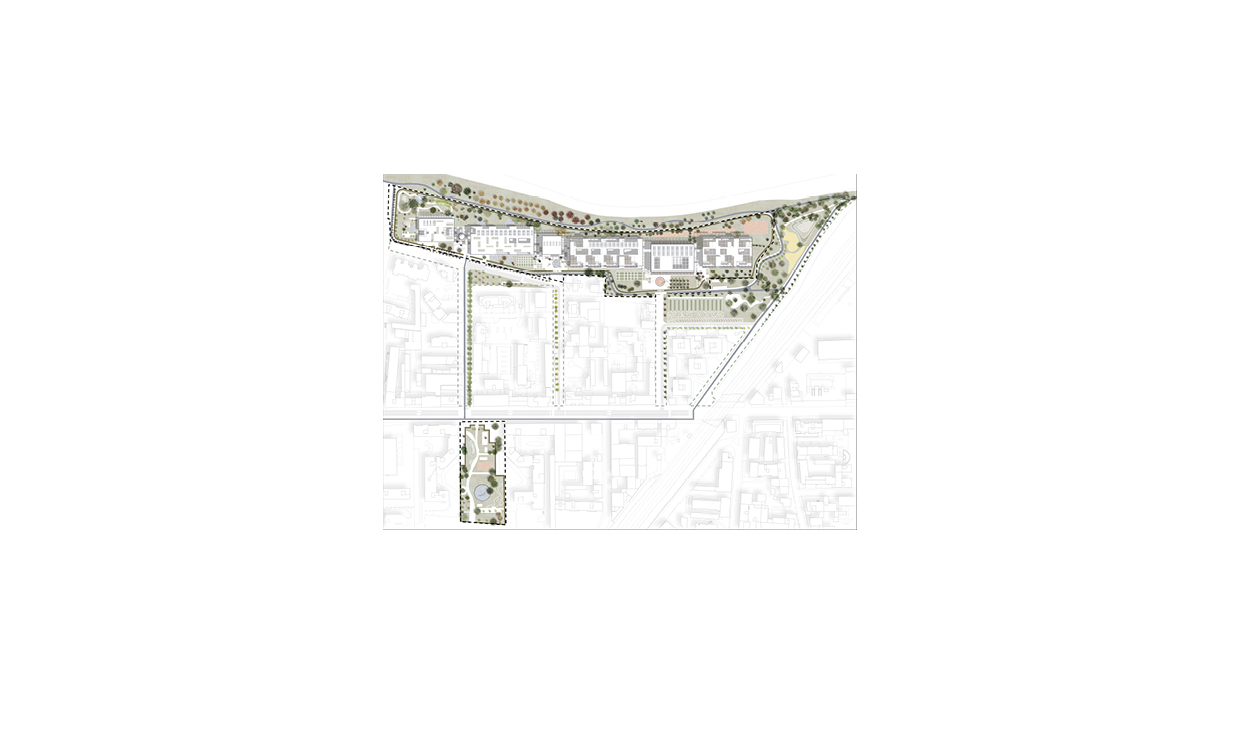 The project proposes a flexible, modular and extensible settlement system, as a device that generates permeability and continuity with the public spaces of the city. A school immersed in a park, with the aim of becoming an urban point of interest even beyond the didactic functions.
The articulation of volumes and the choice of a flexible and repeatable settlement strategy come from the need to divide the transformation of educational institutions into successive phases distributed over time and easily separable. The project defines 5 invariants: the green-equipped pedestrian axes, the squares (playground, agora, didactic square) designed as attractive spaces that favor a constant relationship with the city; urban references or architectural emergencies placed in alignment with respect to the pedestrian axes in order to attract and guide routes in the urban context of reference; the schools, made up of distinct volumes, are connected to each other through hinge spaces that host collective functions; the park as an element that unifies and holds together all the elements of the project.