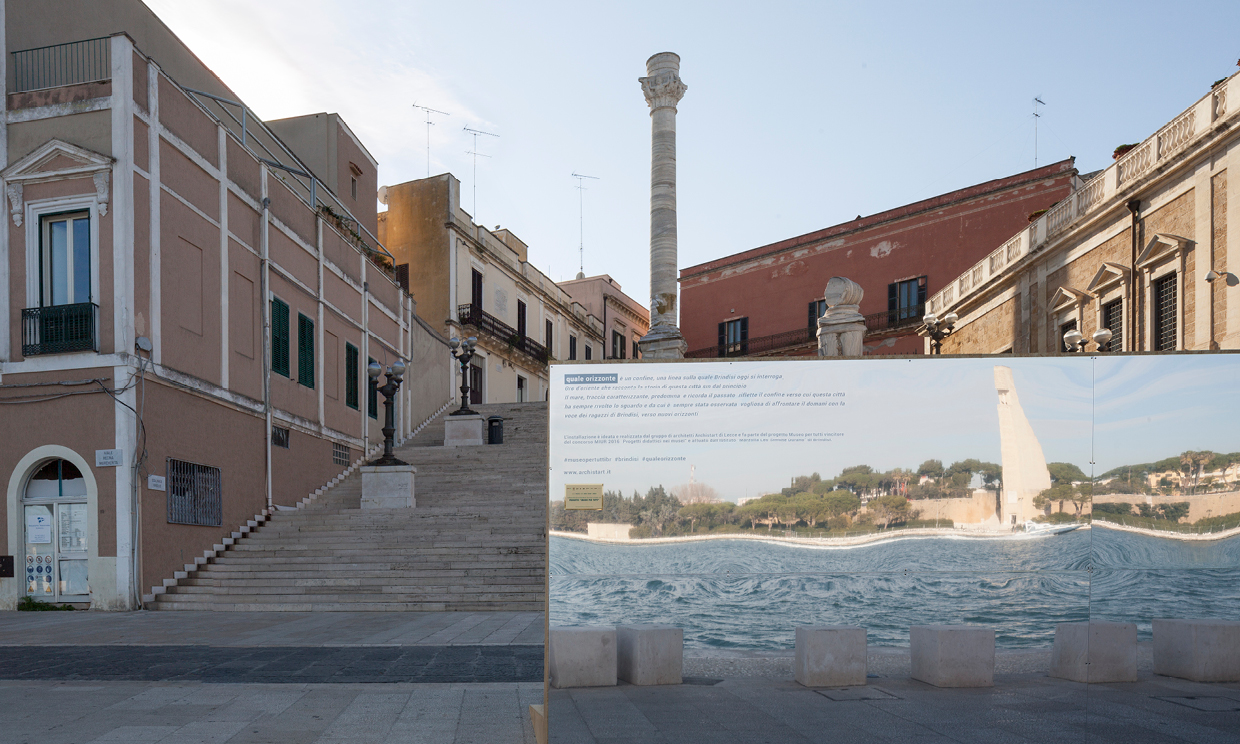 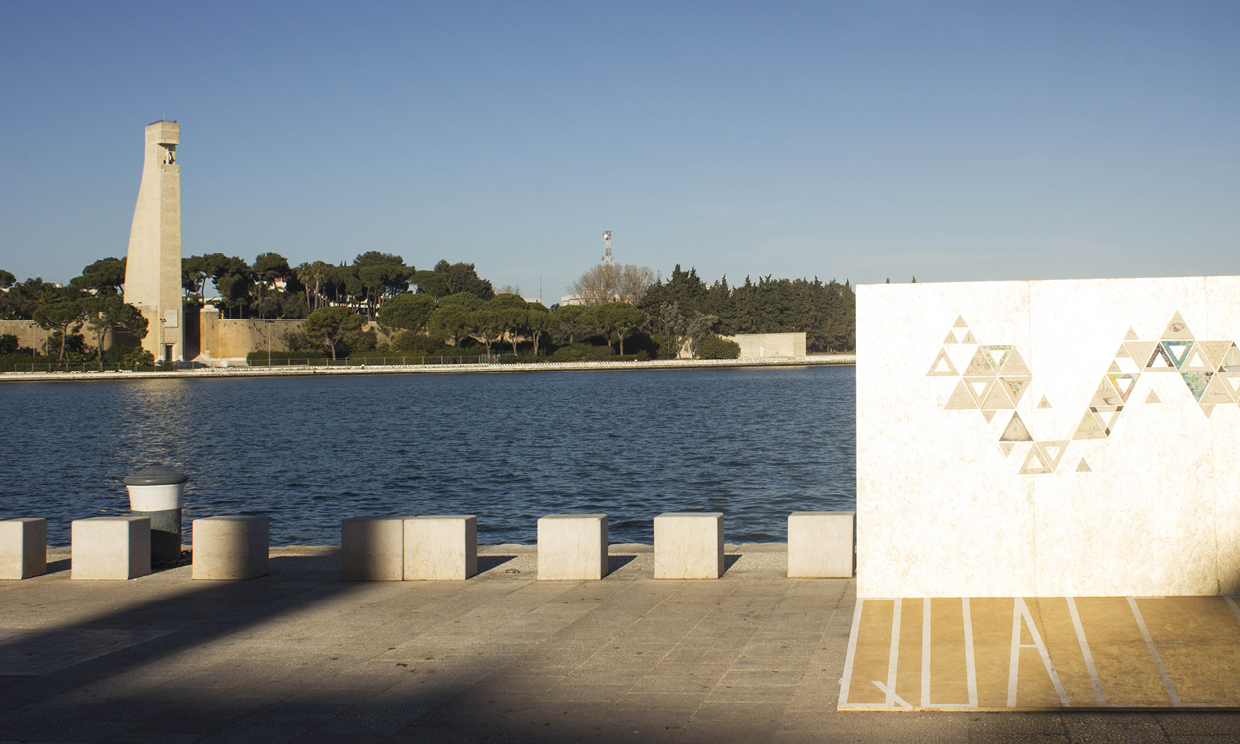 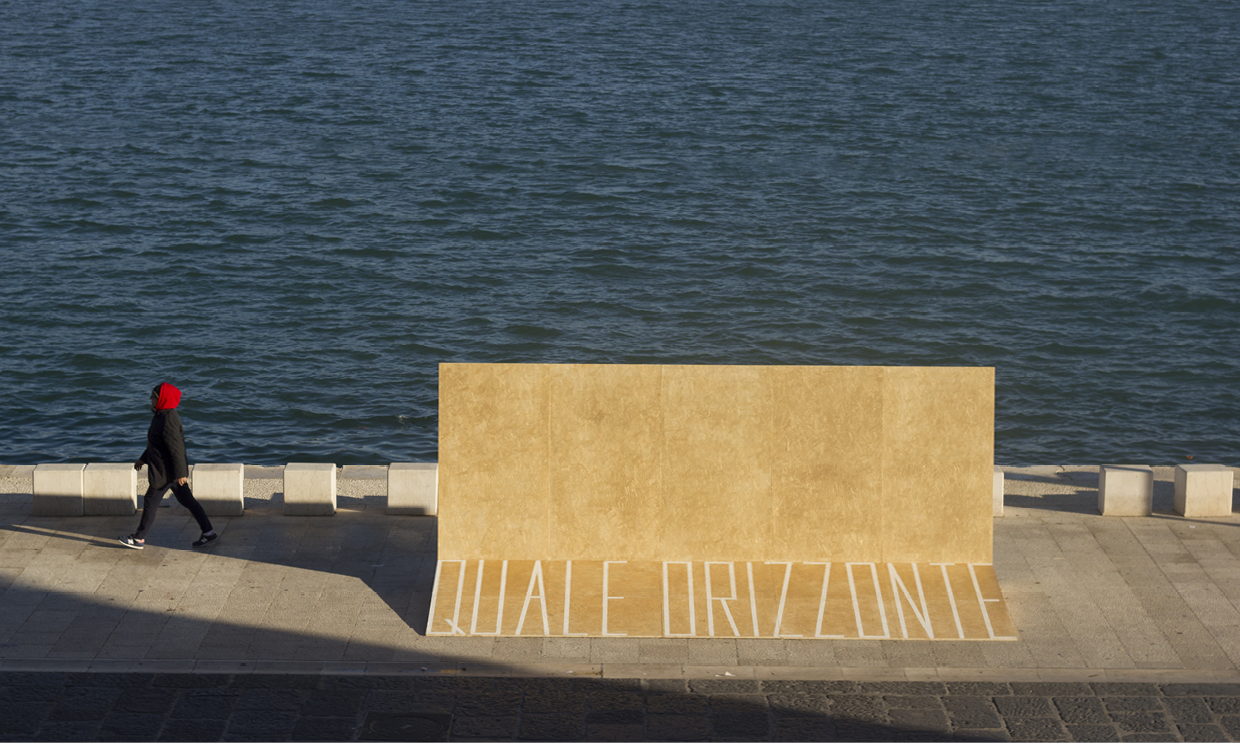 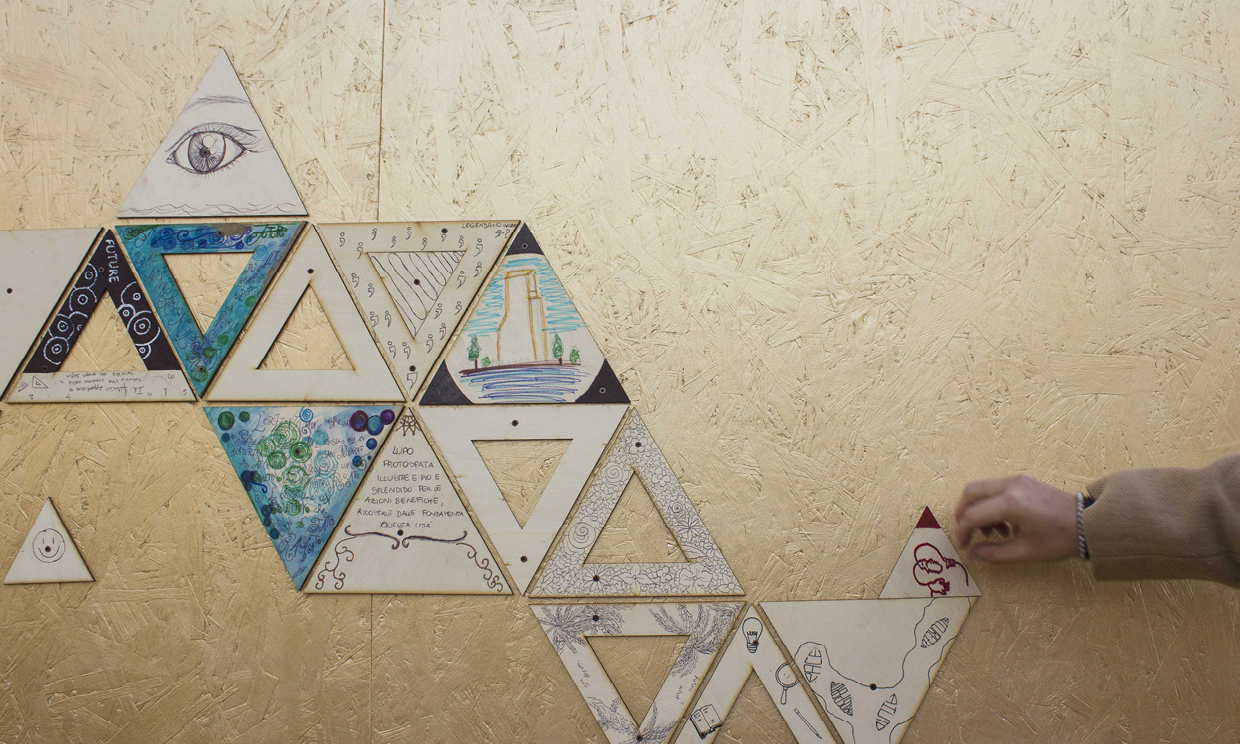 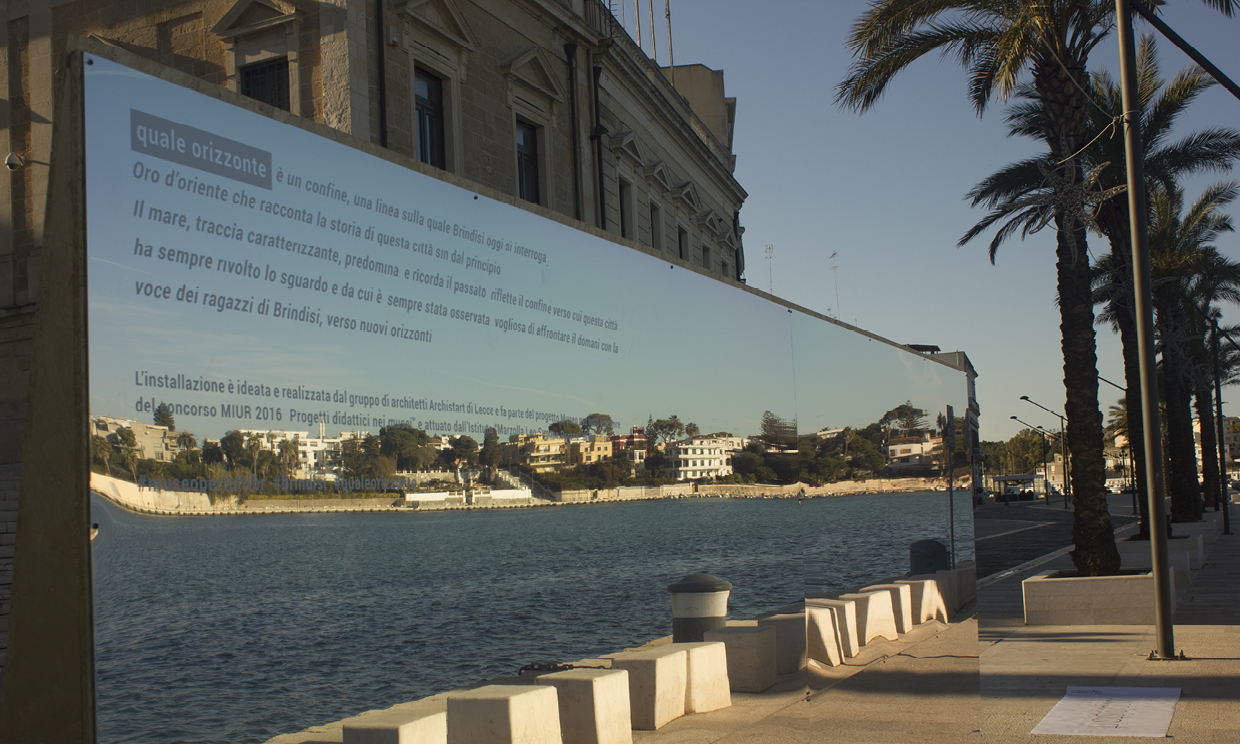 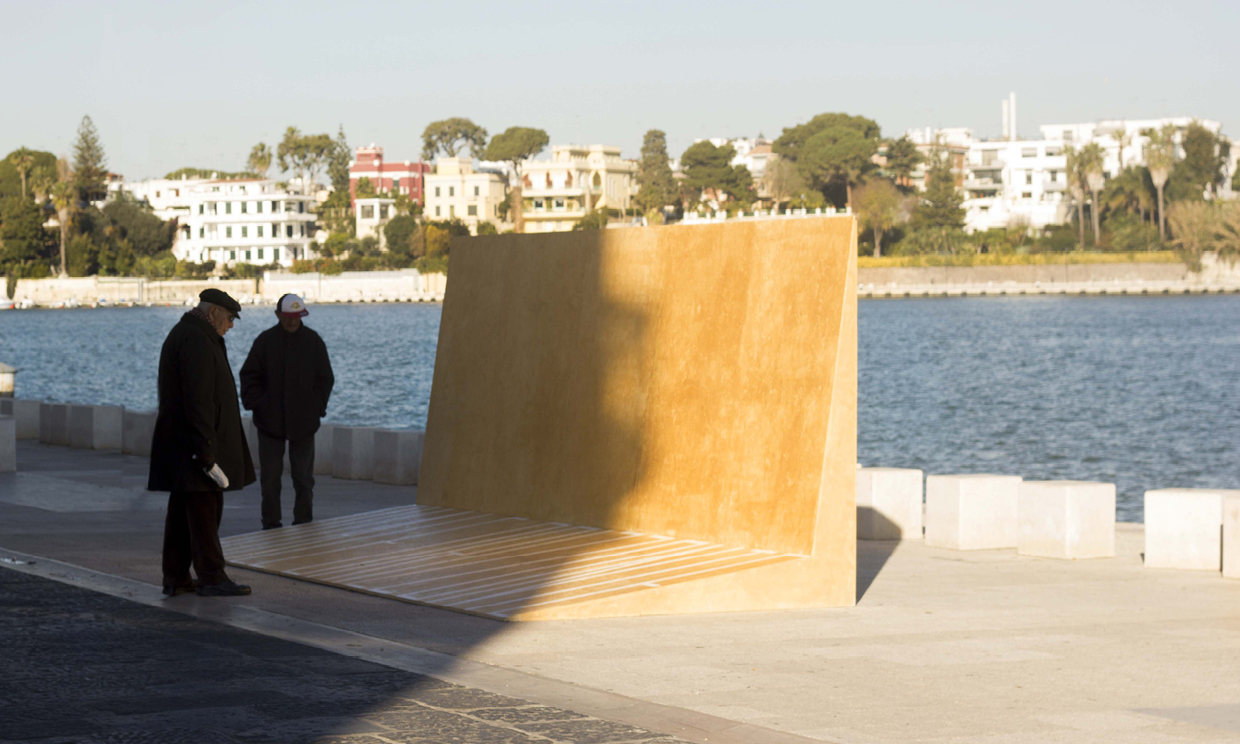 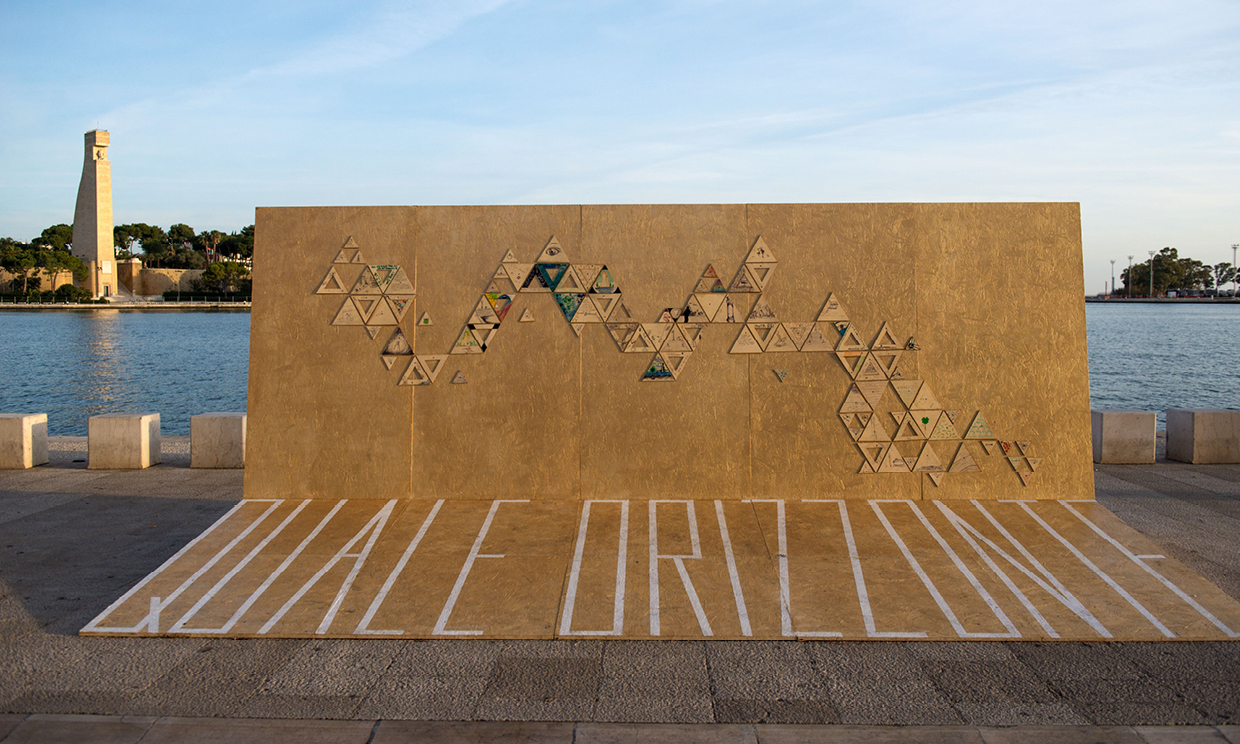 A border, a line on which Brindisi is questioning today

Quale Orizzonte is an intervention of public art, an installation that questions the prospects towards which the city of Brindisi should strive in its future. This question is solved by the definition of a border, by the essence of the city and its port as a historical place of crossing, as arrival and departure from/to the East.
This boundary separates two surfaces: on one hand towards the city, at the end of the imposing staircase, the city of the present and future read in the eyes of children and young people with a mosaic of signs generated in an artistic laboratory, on the other the strongest answer to the question, a mirror, a reflective surface facing the sea, towards the East, which reflects the boundary towards which this city has always looked and from which it has always been observed.