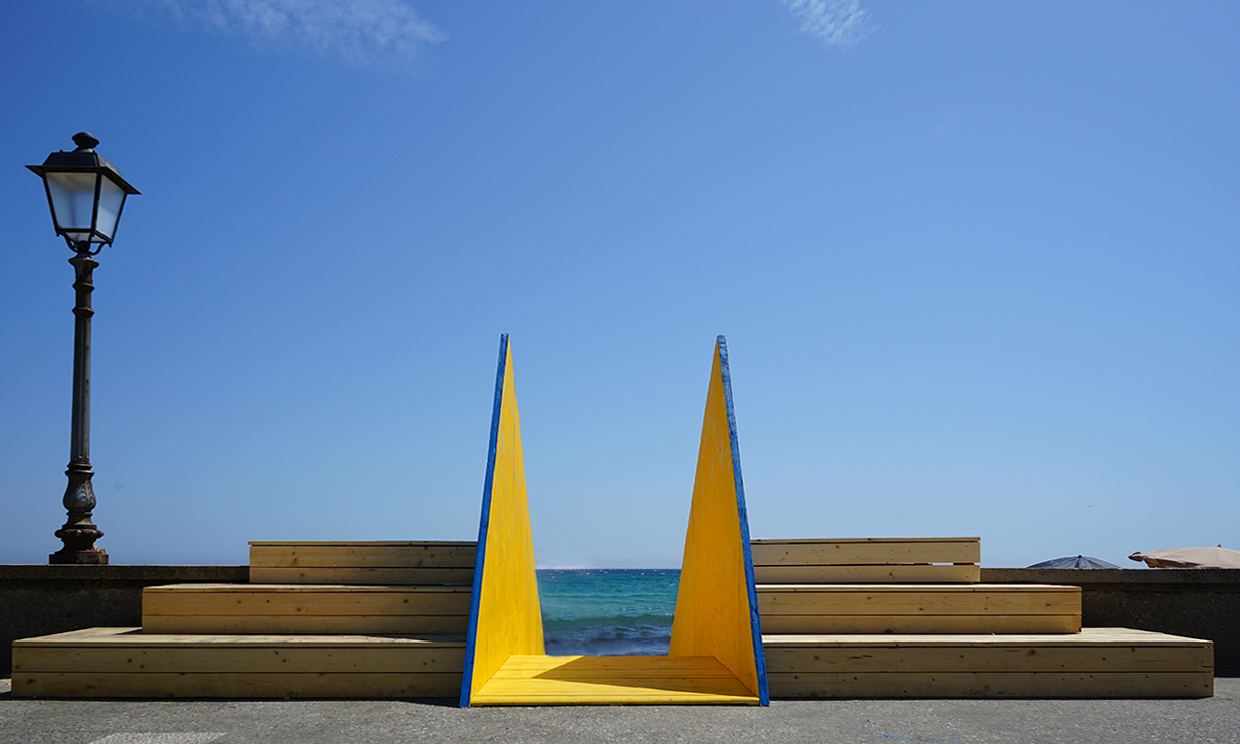 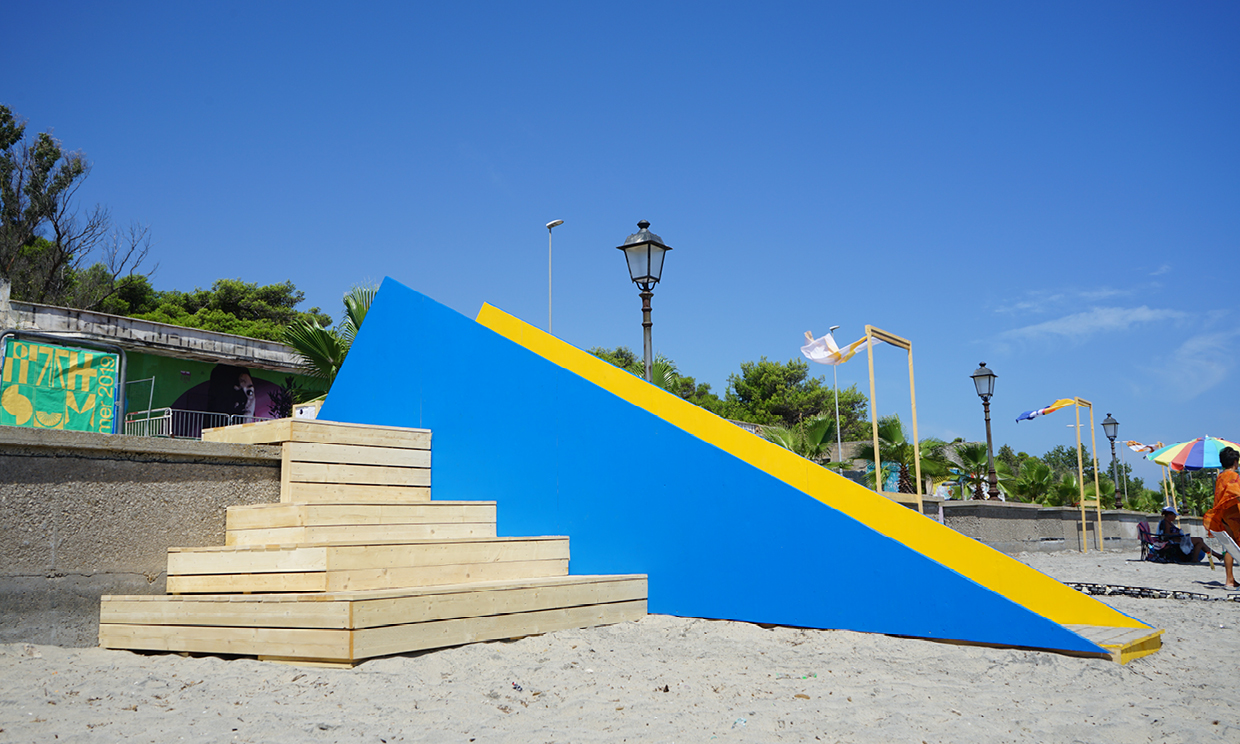 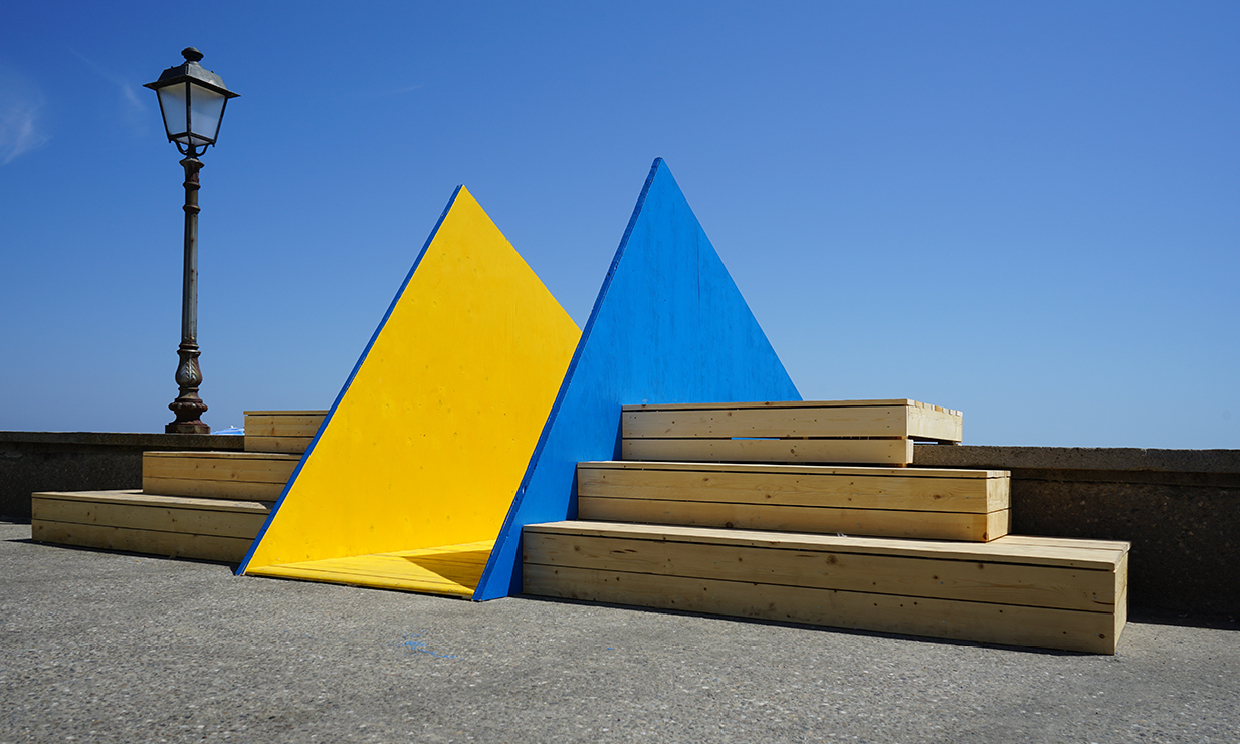 connection between the beach and the waterfront

The project stems from the need to provide a connection between the beach and the waterfront, divided by a gap in height and a low wall that hinders the visual and spatial continuity between the waterfront and the beach. The installation defines a new boundary and enhances it. In this sense, the installation performs not only the function of connecting but also gets to think about the importance of freedom of movement.
The establishment of the structure close to the wall creates a distinctive reference point visible along the waterfront; the stairway favors stops and aggregation offering new perspectives from which to admire the landscape as well as a platform for new functions such as shows and games for the youngest.
Vai Oltre is the winning project of the Self Construction Competition promoted by Archistart SCC2019 and realized during the IAHsummer2019 Festival, and won by Julian Sillem.